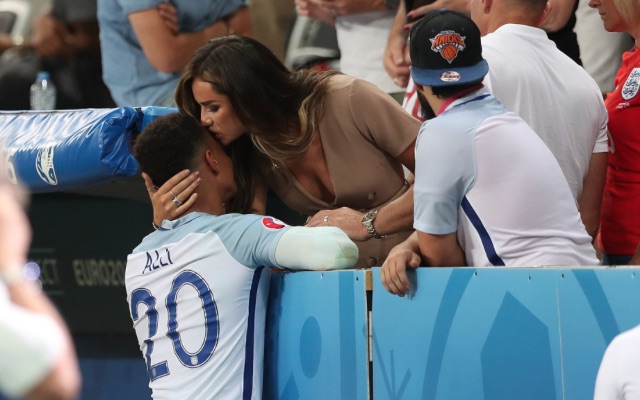 England’s players will have needed a shoulder to cry on after their devastating Euro 2016 exit at the hands of Iceland. And they were probably all jealous of the shoulder Dele Alli had!

The Tottenham Hotspur prodigy was snapped being consoled by a mysterious beauty near the England dugout in the minutes following England’s humiliating elimination to the minnows on Monday. 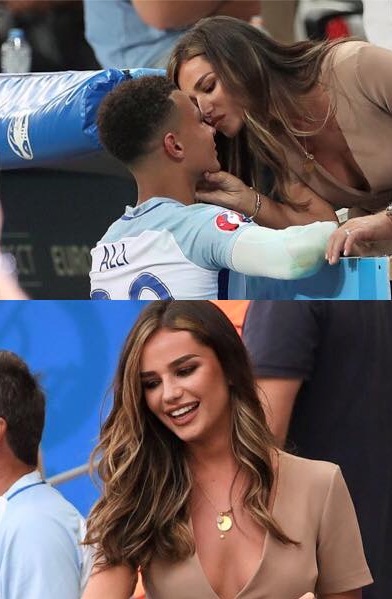 A smooch from brunette beau Ruby Mae, his stunning new lingerie model girlfriend who has posed for Dolce & Gabbana and Rare London, would surely have given the 20-year-old reason to cheer up.

Alli and the 21-year-old stunner have been spotted together around London in recent months, but this is her first appearance on official WAG duty! She couldn’t have picked a worse time to join the club.