Manchester United have seemingly secured the signing of Henrikh Mkhitaryan from Borussia Dortmund after accidentally putting his kit up for sale.

The Armenian international’s name appeared on the back of the new away kit on the club’s website on Thursday evening, although the photos were quickly removed later in the night.

Nevertheless, the insight had already been given that the Red Devils are clearly on the brink of announcing his arrival, and it comes just a day after Zlatan Ibrahimovic confirmed his intention to join the Premier League giants this summer.

Jose Mourinho has been busy since arriving at the club last month, and it has been widely reported across various media outlets that he is close to completing the signing of Mkhitaryan.

This slip-up from the club suggests that it’s a matter of time before they unveil him as their latest signing, with the Mourinho revolution certainly gathering pace. 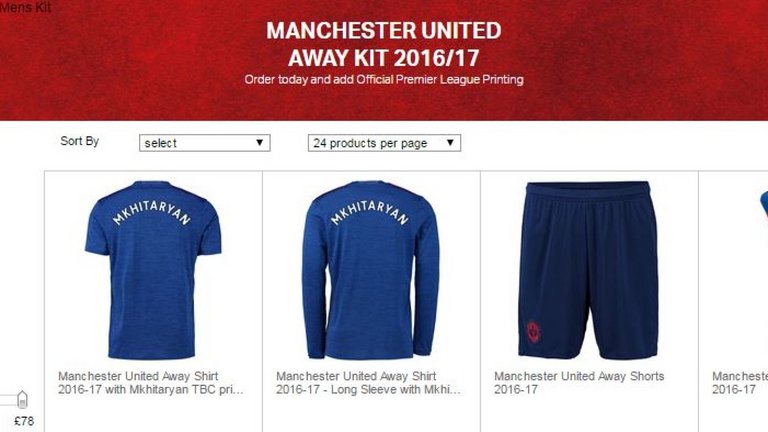 It’s been a disappointing few years for United, as after Sir Alex Ferguson’s departure, they have failed to match expectations under both David Moyes and Louis van Gaal.

With a squad lacking flair, creativity and excitement, Mourinho has certainly moved to address those issues with his summer transfer targets, and it marks a fresh start for the club as they look to get back to competing at the top of the table.

The Portuguese tactician has already signed one player following the arrival of Eric Bailly from Villarreal, and based on this blunder on the website, Mkhitaryan is ready for a new adventure in the Premier League next season.

The 27-year-old scored 23 goals and provided 32 assists in 52 appearances in all competitions last season, and United will be hoping he can bring that clinical play in the final third to Manchester with him.