The 20-year-old winger has been linked with a move away from Liverpool after falling down the pecking order under Jurgen Klopp, with The Mirror claiming that there is interest from Watford.

He will report back to pre-season training with the Reds next week and Ibe showed that he was raring to go with this ferocious image of him in action. But it is the caption that is perhaps more significant… 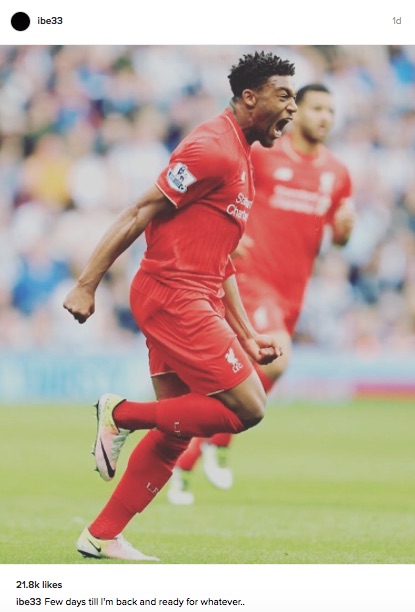 Ibe saying he is “ready for whatever” seems to be an acknowledgement that he does not yet know what awaits him this summer, and whether his future lies with Liverpool or away from Anfield.

We will be watching this space…