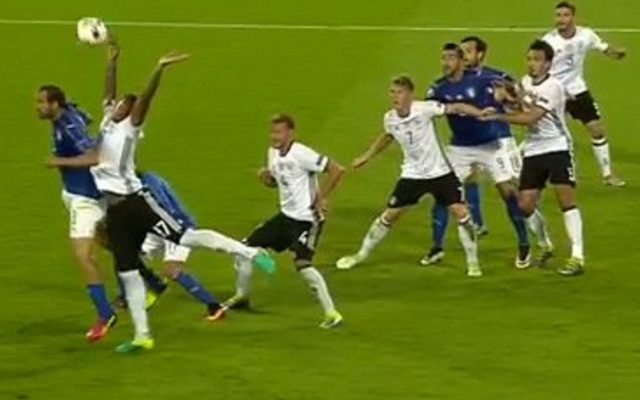 Germany have one of the best defences in world football.

And, for much of Euro 2016, they have defended like the world champions they are, keeping four straight clean sheets before tonight’s quarter-final against Italy.

But Bayern Munich centre-back Jerome Boateng has just come up with an outrageous error to bring an abrupt end to his side’s run of shutouts.

With Germany 1-0 and looking good for a place in the last four thanks to Mesut Ozil’s 20th international goal, Boateng gifted Italy a penalty with a moment of madness.

Jumping in the box with both arms raised above his head, Boateng was asking for trouble.

And trouble is exactly what he got as the ball struck one of his elongated limbs, providing a spot-kick, which Leonardo Bonucci converted like a boss.