Manchester United have suffered a blow in their quest to sign Fenerbahce midfielder Ozan Tufan as the Turkey international looks set to remain with the Istanbul giants.

The Red Devils have been linked with the midfielder recently with the Daily Mail reporting that they are the bookmakers favourites to sign Tufan this summer.

A source close to the player told CaughtOffside’s Eren Sarigul that a formal offer is yet to be made for the 21-year-old and that he is likely to remain at Fenerbahce next season.

Tufan was one of Turkey’s few star performers during Euro 2016 this summer. The former Bursaspor man did hold the record as the youngest player to score at Euro 2016 until 18-year-old Portuguese international Renato Sanches found the back of the net in their victory over Poland.

Fenerbahce signed Tufan from Bursaspor on a four-year deal and the 21-year-old scored three times and provided one assist in all competitions for the Super Lig giants last season. 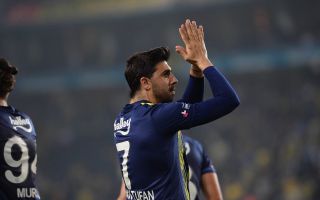