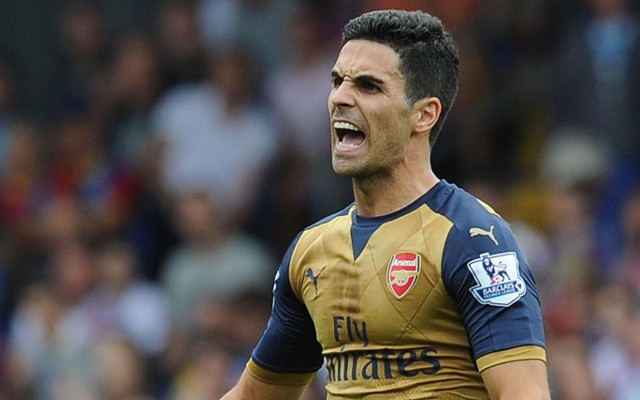 Mikel Arteta has confirmed that he will join up with Pep Guardiola at Manchester City, taking up a coaching role as of next season.

The Spaniard joined the Gunners in 2011 from Everton, going on to make over 100 Premier League appearances and being appointed as captain by Arsene Wenger.

However, with his contract expiring this summer, he opted to call time on his playing career and embark on a path in coaching.

Arsenal were said to have offered him a similar role to stay at the Emirates, but he has opted for a reunion with Guardiola, with the new City boss in the senior Barcelona squad when Arteta was coming through the youth ranks.

“Following recent media speculation surrounding my future I can confirm that I will be leaving Arsenal and retiring from playing to take up a coaching position at Manchester City,” Arteta wrote on Twitter.

“I’ve enjoyed an amazing five years at Arsenal and it’s been an honour and a privilege to captain such a great club.

“I am now looking forward to the challenge ahead at Manchester City. The opportunity to join Pep Guardiola and his team was an amazing opportunity for me and I am incredibly excited for the future.”

It promises to be an exciting start to life on the sidelines for the former Spanish midfielder, as City have ambitious plans under Guardiola to get back to the top of English football and make an impression in Europe.

While he will certainly benefit from gaining experience and knowledge in his new role, it will add to what he has picked up under Wenger in north London.

In contrast, Arsenal fans may well be disappointed that they were unable to keep him at the Emirates, as he joins a number of ex players to move on elsewhere to start their coaching career.

Hi all, here a statement from me on the next chapter in my football career… pic.twitter.com/2Xb9VifCog