With Premier League TV money at an all-time high, it is inevitable that lots of transfer cash will be spent foolishly and in excess this summer.

Among those most likely to splash recklessly are the newly-promoted sides, who are so desperate to buy themselves at least another year of top-flight benefits.

Hull City, who won last season’s Championship play-offs, are being linked with a move for Tottenham Hotspur midfielder Ryan Mason.

According to The Sun, Spurs are ready to sell and Hull are willing to pay £10m.

Now, Ryan Mason is not an totally awful player, but, even in this day and age, he is not worth an eight-figure sum.

If Spurs are able to get £10m for the 25-year-old they will quite simply be charging over the odds in what is definitely a seller’s market.

Unless you support Spurs, in which case Mason probably infuriates the hell out of you, you may well have forgotten he exists.

In fact, he is so forgettable, that a sub-editor for The Sun seems to think he’s called Tom Mason. 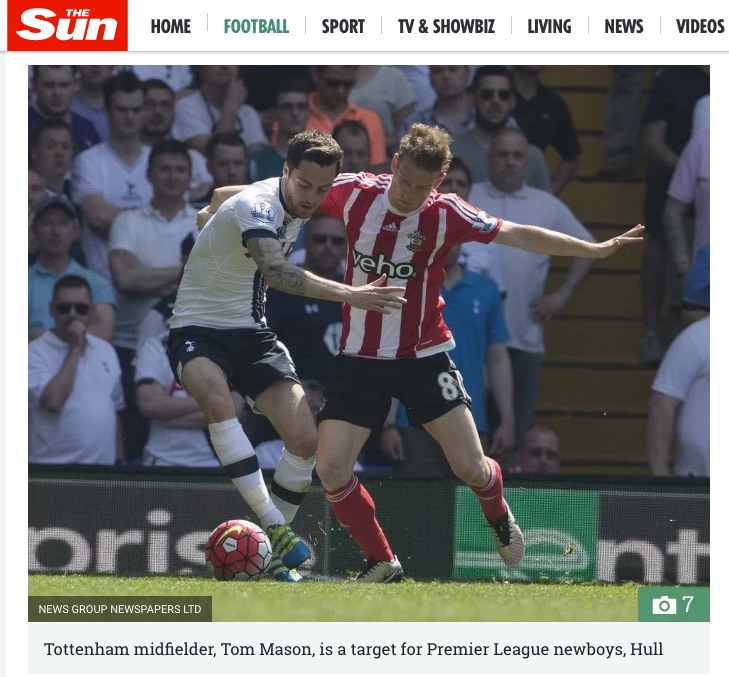 Spurs and Hull have done plenty of business over the past few years, with the Tigers gratefully gathering up Tottenham’s deadwood and carting it north.

Jake Livermore, Tom Huddlestone and Michael Dawson have all swapped White Hart Lane for the KC Stadium since 2013.

Ryan Mason being linked with £10m move from #THFC to Hull.

If everyone is fit, does he even get in #HCFC team ahead of Livermore & Hudd?

SEE MORE: Dele Alli pictured on holiday after Euro 2016 and England fans lose their sh*t in tabloid frenzy… Get over it