No!? Then quickly do yourself a favour…

WATCH! Brendan Rodgers boxing to Kanye West is the funniest thing you will ever see

JT had a day earlier posted – on his own Insta account – the below photo of himself and wife Toni rocking swimwear on holiday.

It’s fair to say that both John and Toni looked in pretty good shape – like an English Ken and Barbie even.

However, Bradley didn’t even mention Toni in an awkwardly-long message as he reposted the image. 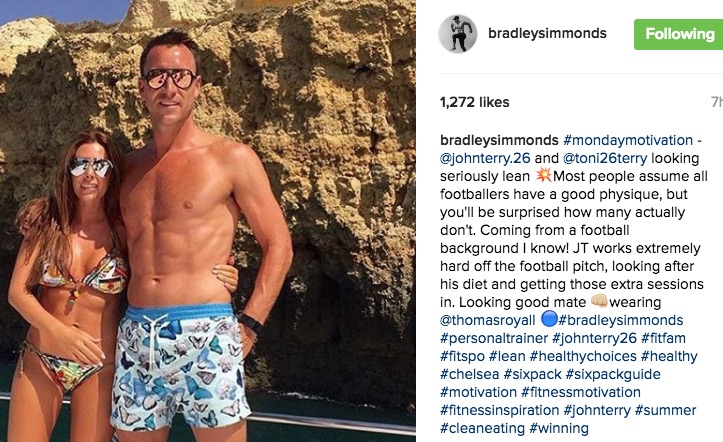 Terry will return to Chelsea to find a new signing at Stamford Bridge.

The Blues added Belgian striker Michy Batshuayi to their ranks at the weekend.