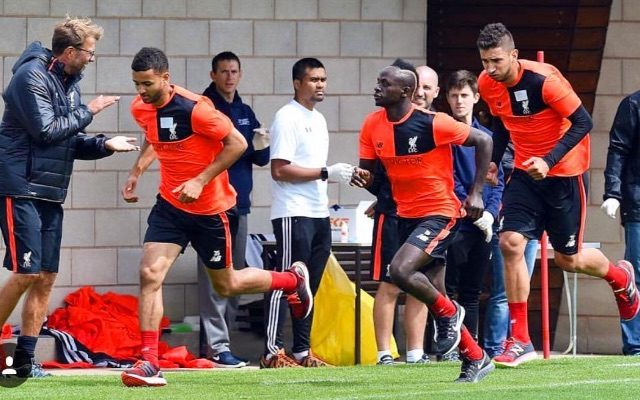 Marko Grujic became a fully-fledged Liverpool player this afternoon when the January signing from Red Star Belgrade was granted a work permit.

With the 20-year-old now eligible to play for the Reds, the club opted to grant him a squad number earlier today.

The LFC club website announced that the first Marko Grujic shirt number at Liverpool will be no.16, which has been vacant since Sebastian Coates left Anfield.

Coates didn’t do much to impress at Liverpool. And he’s not the only Reds no.16 who flopped.

The man who wore the shirt before Coates was none other than Sotirios Kyrgiakos, who last just two seasons on Merseyside after taking no.16 from Jermaine Pennant.

However, no.16 hasn’t always been worn by flops.