Danny Ings spoke of his desire to “stay away from low numbers” after being given no.28 at Liverpool last season.

He had worn no.10 at Burnley, but seemed happy to settle for a less prestigious jersey with the Reds.

“You have got to take that pressure off yourself as a young lad coming through,” he was quoted by the Daily Mail as saying. “That is what I personally think.”

Ings did escape pressure during his first season at Anfield, largely because injury restricted him to just three Premier League starts.

But, with 12 months of Anfield life under his belt, could a now-fit Ings be ready for the pressure of a more prestigious number?

Ings has been training this week with a no.23 sticker on his kit.

That number was, of course, famously worn by Anfield goal-scoring legend Robbie Fowler, as well as club hero Jamie Carragher.

Therefore, it would be a huge sign of respect if the no.23 was given to Ings.

Return of Danny Ings likely to be very significant for #LFC. Expect him to play a big part next season. He is the perfect Klopp striker! 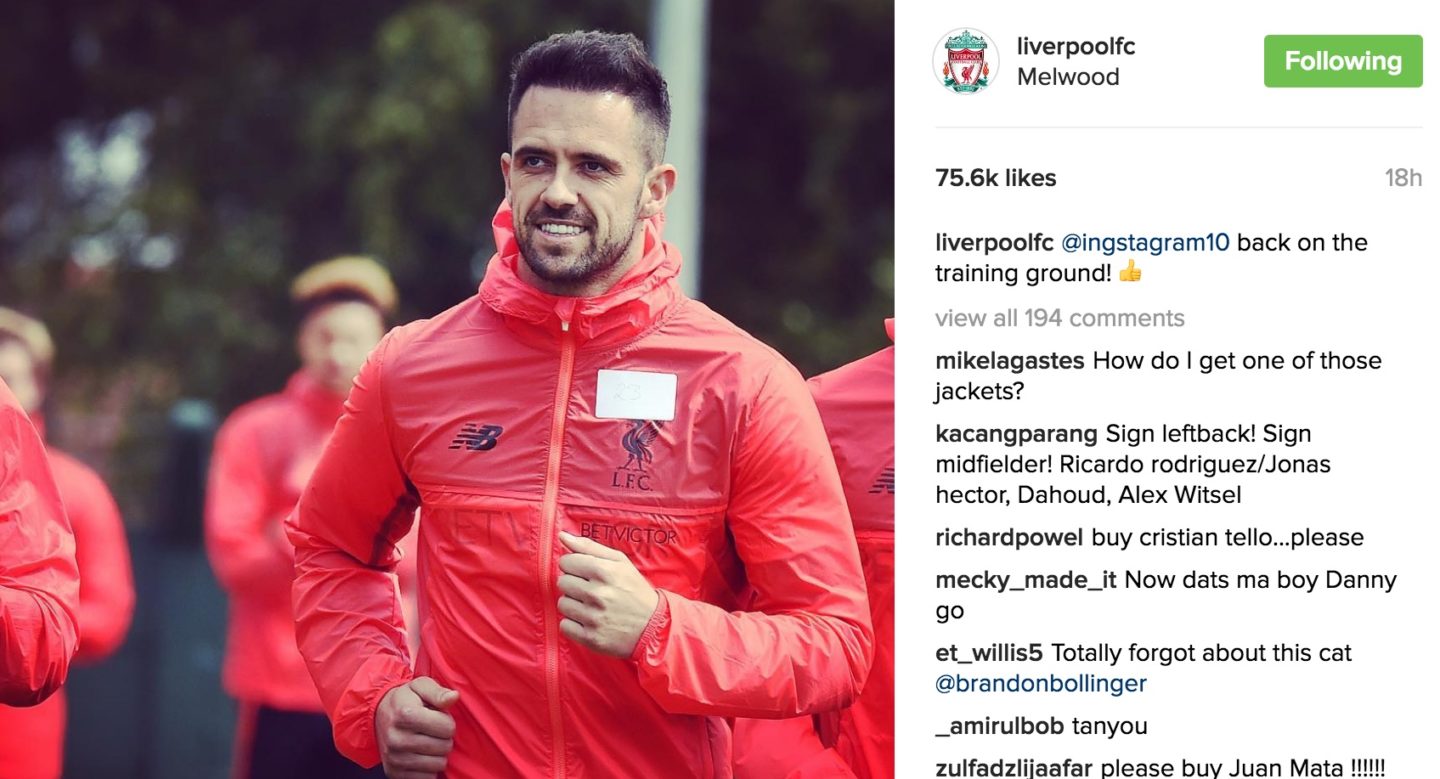 The Reds’ no.23 last season was German midfielder Emre Can, so Ings moving up would likely be combined with the former Bayer Leverkusen man doing likewise.

Can’s options for numeric promotion look like no.5, which has been vacant since Daniel Agger left 12 months ago, no.4 following the recent departure of Kolo Toure and Steven Gerrard’s famous no.8.

No.5 is traditionally a centre-back’s number, but four and eight would both suit Can’s position.

The Germany international has the necessary talent to be a big player with Liverpool, although it’s fair to say he’s highly unlikely to ever achieve Gerrard status.

But could Jurgen Klopp be about to put his faith Can, by offering the 22-year-old Gerrard’s number? And should he?

Three of Liverpool’s four 2016 signings have already been allocated numbers, with Loris Karius, Sadio Mane and Joel Matip being given no.1, n.19 and no.32 respectively.

Marko Grujic’s number remains a mystery, but he was quoted by Metro Sport in January as saying he would like no.35 or no.88, but NOT Gerrard’s no.8.