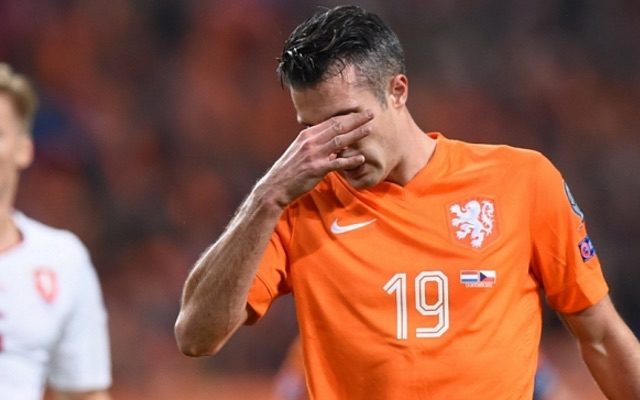 Once upon a time The Independent was one of Britain’s finest quality newspapers.

Sadly, though, quality news clearly didn’t pay very well, because the once-great broadsheet publication has lowered its standards, a lot!

This online headline yesterday was a prime example of the sad state of The Independent.

This headline would be alright were it not for the prefix ‘Arsenal transfer news’, which clearly suggests that Robin van Persie could be set for a move back to the Gunners.

In reality, Arsenal have made no move to re-sign the 32-year-old, who left the Emirates Stadium to join Manchester United in 2012. Nor, one strongly suspects, will they.

The Independent do mention Arsenal a couple of times throughout the article.

Firstly, it is reported that Van Persie would like to move to London this summer. Wait… Arsenal are in London! True, but so are West Ham and Crystal Palace –  two clubs to whom the Dutchman has been offered, according to The Sun.

Secondly, The Independent say that “many fans have taken to Twitter” to urge Arsenal to sign Van Persie. People take to Twitter all the time to urge all sorts of shit. These wishes rarely come true.

This one stupid article shouldn’t be so annoying. After all, it would be fine without the headline.

However, that headline is all that many people – some journalists included, it appears – seem to read. Therefore, this ‘rumour’ has stupidly spread.

Among the many sites to jump on the RVP-to-Arsenal bandwagon were The Mirror, who led with this headline…

Now, CaughtOffside have been guilty of the odd cheeky headline in the past. And, I warn you, we probably will be again.

But this was The Independent FFS! They are supposed to be serious tie-wearing men and women.

What’s next from them now?

Some sort of middle-class Page 3? Actually, that might do very well. Don’t you dare steal our idea!