After a more than 15-year career with five seasons and over a hundred games played for Arsenal, midfielder Mikel Arteta finally called it quits as a player in order to carve a niche for himself in coaching.

Arteta’s former Barcelona teammate Pep Guardiola, now the manager of Manchester City, was more than happy to give his longtime friend a job and the former Arsenal captain finally made his debut as a coach on Tuesday. 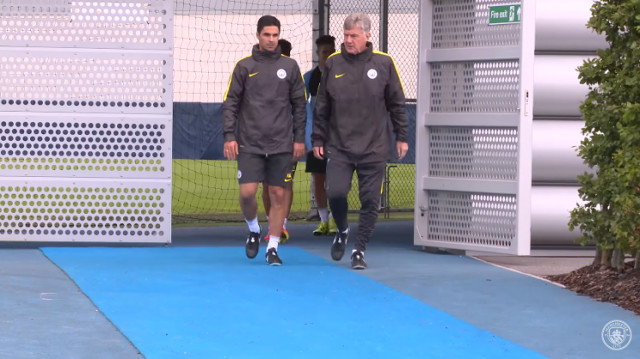 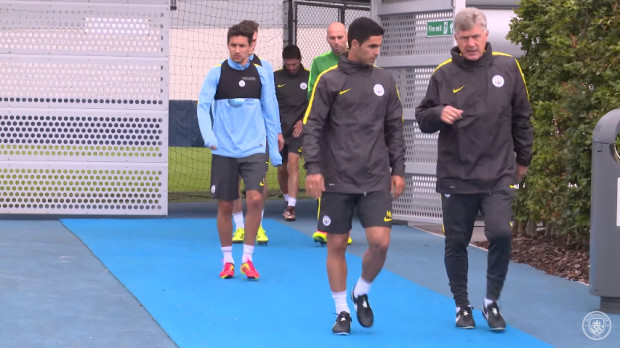 Arteta, pictured in the middle alongside tenured coach Brian Kidd, officially serves as a joint-assistant coach with Kidd under Guardiola.

Arsenal ready to pounce for midfielder transfer as 22-year-old tipped to move to the Premier League
May 26 2022, 12:33
Arsenal FC
Four reasons Mikel Arteta thinks Gabriel Jesus transfer would be perfect for Arsenal
May 26 2022, 12:22
Manchester City
Arsenal confirm new contract for ‘important’ player ahead of deal expiring
May 25 2022, 9:32
Arsenal FC
Arsenal closing in on winger transfer but PL club have also expressed an interest
May 25 2022, 8:05
Arsenal FC
Rivals ready to pounce for transfer of Arsenal ace despite Arteta’s efforts to keep him
May 24 2022, 11:29
Arsenal FC
Arsenal given two bits of hugely promising transfer news
May 24 2022, 11:20
Arsenal FC
Chelsea have edge over Arsenal in potential transfer move for Premier League winner
May 24 2022, 11:06
Chelsea FC
Arsenal hopeful over landing two transfer targets worth a combined £75million
May 24 2022, 9:29
Manchester City
Arsenal dealt blow in pursuit of one transfer target after Champions League slip-up
May 23 2022, 10:50
Manchester City
Video: Arteta getting off lightly despite Arsenal having “blown it” this season, says pundit
May 23 2022, 10:29
Tottenham FC