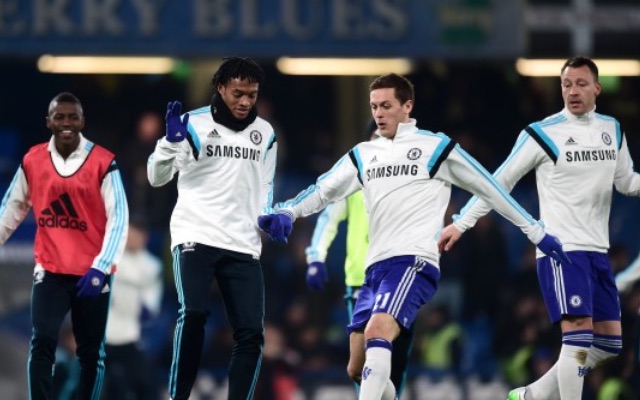 Juventus are understood to be in talks with Chelsea over the signing of Juan Cuadrado and might not finish their raid on Stamford Bridge there.

Cuadrado spent last season on loan at the Old Lady, making 40 appearances, and the Serie A champions want to bring him back to Italy, say Sky Sports.

Sky Sports is reporting that Juve have offered Chelsea £1.7m for another season-long loan and will make a further £19m payment to make the move permanent.

The same source adds that Cuadrado is keen to stay with Juve after flopping badly upon his £26m arrival at Stamford Bridge from Fiorentina in January 2015.

According to Sky Sports, the Blues may look to negotiate a higher price because new manager Antonio Conte would be happy to give Cuadrado another chance.

And Sky Sports claims that Conte will also block Juve’s swoop for Nemanja Matic. The Italian giants would like to add the Serbian to their midfield options.

Chelsea are not blessed with numbers in the centre of the park and would surely not contemplate selling Matic without at least signing a couple of midfielders.