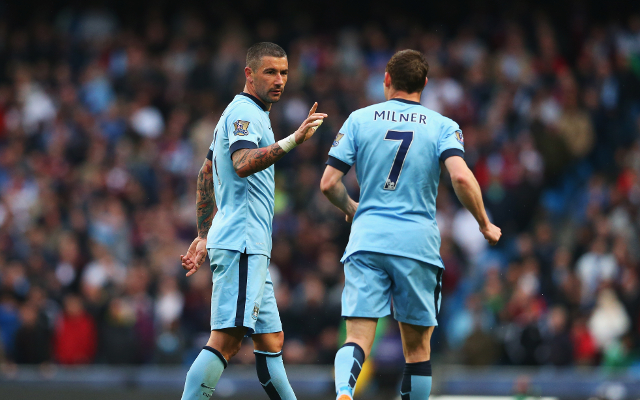 Manchester City have given Aleksander Kolarov the go ahead to leave the club over the summer a source close to Besiktas told Emre Sarigul.

Besiktas are in advanced talks with City over the Serbian international but are still negotiating a transfer fee.

The Black Eagles had initially planned to loan Kolarov but City are keen on a permanent transfer if the experienced full-back is to leave.

The Istanbul giants are intent on keeping spending to a minimum over the summer as they continue to comply with FFP regulations. Besiktas are currently under investigation despite meeting FFP regulations last season.

The Eagles want to keep Kolarov’s salary below £2.5 million in order not to rock the balance of their current wage structure.

Besiktas won the league title last season and will compete in the 2016-17 Champions League as a result. The Istanbul giants conceded the highest number of goals in the top three last season and have made strengthening their defensive line a priority over the summer.

Kolarov is expected to become the highest paid member of the Besiktas team if he does complete the move to the Super Lig champions.