Jack Wilshere will be used to the inside of a hospital.

The Arsenal midfielder would have spent plenty of time there being treated during his multiple injury layoffs, including the fractured fibula which cost him almost all of last season.

But this hospital visit was for an entirely cheerful reason, as the England international popped in to see the newest member of his family – baby Bobby, the son of Wilshere’s brother Tom and wife Jade. 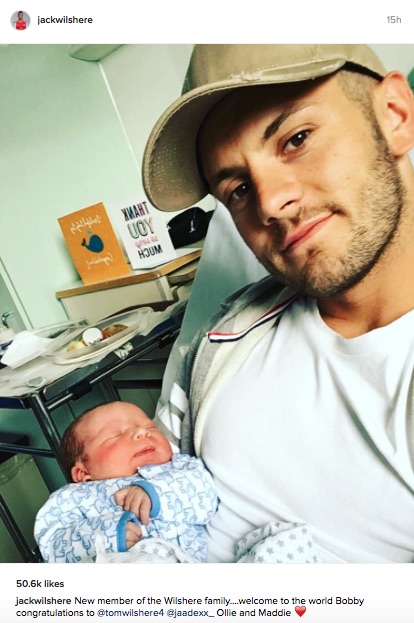 Uncle Jack is currently enjoying a summer break, between England’s premature elimination from Euro 2016 and the resumption of pre-season training with Arsenal.

He will be hoping that this is his only hospital visit for a while as the talented 24-year-old desperately needs a run free of injury to get his once-promising career back on track.