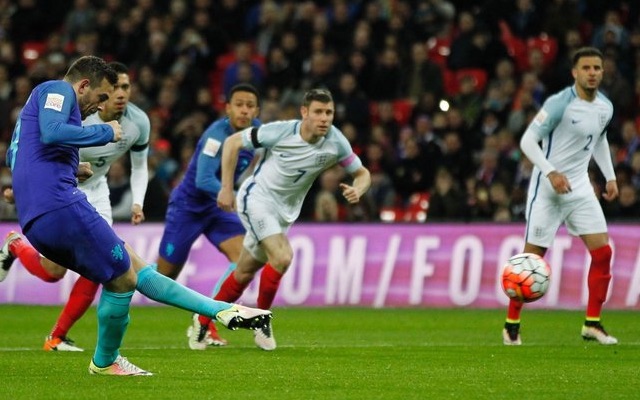 Tottenham Hotspur are reportedly closing in on their second major summer signing after an improved Vincent Janssen bid was accepted by AZ Alkmaar.

According to Voetbalzone, Spurs have been successful with their second offer – worth €20m plus bonuses – after their initial bid of €17m was rebuffed.

Voetbalzone claim that Janssen is very keen to become a Tottenham player, having snubbed interest from PSG.

The Dutch publication also report that the 22-year-old will now travel to London for a medical as soon as possible.

Janssen’s arrival would be a real boost for Spurs, whose need for a new striker is no secret.

Spurs went through the entire 2015-16 season relying on Harry Kane as the only recognised striker in their senior squad.

Kane was able to start all 38 of his side’s Premier League matches, scoring 25 goals.

Despite his fine scoring record, Kane appeared very tired at times last term, but, due to their lack of alternatives, Spurs were reluctant to give him a rest.

Tottenham’s limited options up front also meant that manager Mauricio Pochettino was unable to deviate from his 4-2-3-1 formation.

Janssen’s arrival should allow Pochettino to operate with two strikers when he deems it necessary.

Kane’s 25-goal haul saw him finish as the leading scorer in the Premier League.

Meanwhile, Janssen topped the scoring charts in Holland’s Eredivisie, with 27 goals in 34 outings, including 32 starts.