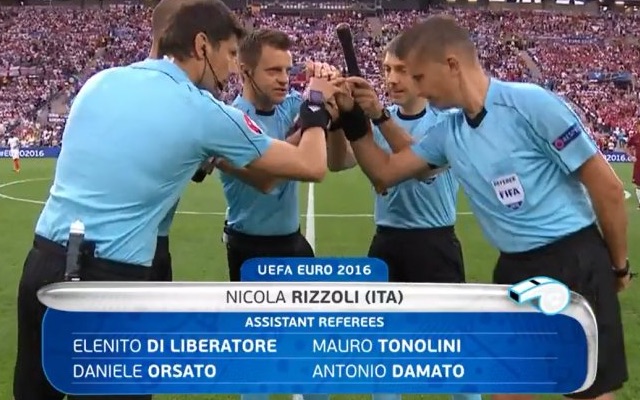 Referee Nicola Rizzoli is not going to be a very popular man in German boozers right now.

That’s because the Italian official has just awarded a controversial penalty against Germany captain Bastian Schweinsteiger.

Manchester United midfielder Schweinsteiger was punished for a very harsh handball, which gave Antoine Griezmann the chance to fire France 1-0 up on the stroke of half time in tonight’s Euro 2016 semi-final.

Griezmann spanked the spot-kick past Manuel Neuer to give the hosts an advantage that their overall play does not deserve.

To add insult to injury, Schweinsteiger was shown a yellow card.

Liverpool’s Emre Can has also been booked for Germany.