The Wales football team were welcomed home as heroes this evening when they embarked on a tour of Cardiff to celebrate their run to the Euro 2016 semi-finals.

Chris Coleman’s men were greeted by thousands and thousands of Welsh supporters, who were inspired by the performances of Gareth Bale & co at the tournament.

Aaron Ramsey was one of Wales’s star performers. Who knows what may have happened if the Arsenal midfielder was not suspended for the last-four defeat to Portugal?!

The Red Dragons might still be in France! As it is, they are back home, and Ramsey shared this amazing Instagram shot of the incredible reception that they received. 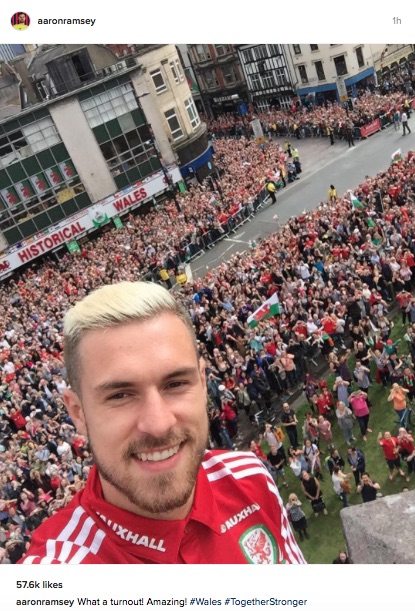 Ramsey and his teammates will now get a couple of deserved rest weeks with their family before returning to their clubs. But not before a big Cardiff party!