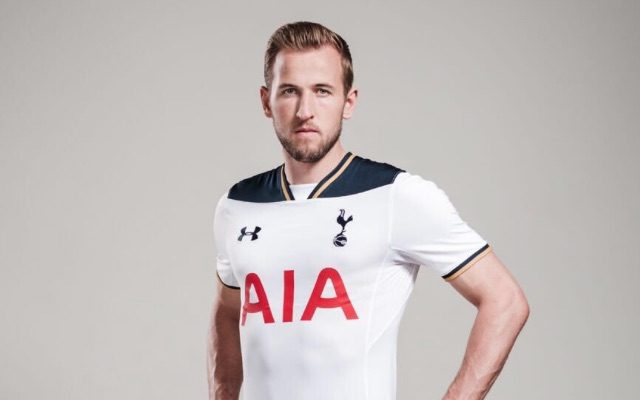 Tottenham Hotspur officially launched their new kits for the 2016-17 season this morning and they went down an absolute treat with supporters. Mostly.

Spurs fans liked the look of their home and away jerseys for this term, as well as the two goalkeeping outfits, but were not at all impressed by the third kit!

Modelled here by goalscoring hero Harry Kane, the all-gold number did not prove popular on Twitter! Thankfully the haters will not have to see it that often!

I actually quite like it myself – it is the AIA sponsor emblazoned in Arsenal red across the home shirt that I am not a fan of. But it appears as though I’m in the minority…

What the fuck is that third kit oh my god Spurs

Spurs third kit is ugly. What is that hideous color? Oh my god. #THFc

At least Under Armour got the away kit right, the home and third are absolutely shocking #THFC

@SpursOfficial Home kit and the navy away kit are great. Really not sure about the gold third kit. #thfc #coys

Aaargh…. what the hell is that third kit?!?! #THFC

What is that third kit?? #thfc