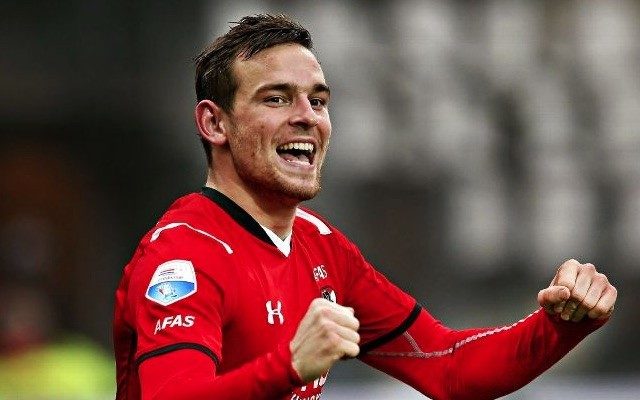 Tottenham Hotspur are understood to be nearing an agreement with AZ Alkmaar over a transfer fee for striker Vincent Janssen.

Sky Sports reports that Spurs had a £15m bid rejected last week but now both clubs are confident that a deal will be completed soon.

According to Sky Sports, Paris Saint-Germain and Wolfsburg were both keen on Janssen but bowed out when they discovered his heart was set on a move to White Hart Lane.

Mauricio Pochettino appears to have made the Netherlands international his number-one strike target after personally scouting him in May.

Janssen scored 27 goals to be crowned the Eredivisie’s top scorer in his first season after AZ bought him from Almere City for just €400,000 last summer – fee reported by The Guardian.

Sky Sports adds that Janssen will train on his own at Alkmaar’s base on Friday as his dream move to Tottenham moves slowly closer.