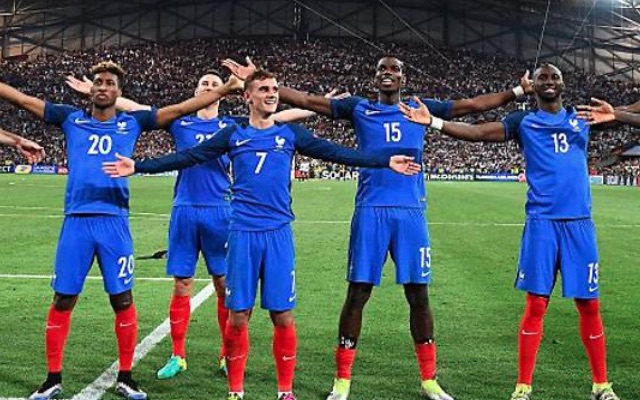 Iceland and their fans have been one of the stories of Euro 2016 – unfortunately for England.

They provided us with entertainment, drama and agony on a certain Monday evening, and of course their amazing ‘Viking Clap’ celebration, which is now being adopted by other countries.

France celebrated their 2-0 victory over Germany in last night’s semi-final with an incredible post-match performance in front of their home fans inside Marseille’s Stade Velodrome.

A video posted by Blaise Matuidi Officiel (@blaisematuidiofficiel) on Jul 7, 2016 at 5:55pm PDT

The hosts will face Portugal in Sunday’s final in Paris. Whoever wins will surely get the Viking Clap out as part of their celebrations. A France win and that rendition could be a sight to see…