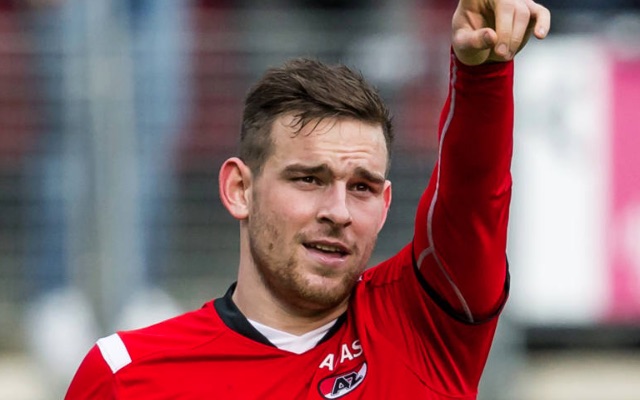 After two summer transfer windows of screaming at Sky Sports News and cursing Daniel Levy, it appears as though Tottenham Hotspur fans finally have a new striker to get excited about.

Sky Sports reported this morning that Spurs were very close to agreeing a fee for AZ Alkmaar forward Vincent Janssen, who has since confirmed he is on his way to “beautiful” Tottenham.

So it seems that Harry Kane’s two seasons of carrying the Spurs attack single-handely, in which he has scored 20+ Premier League goals in both, may be at an end. *Finds something wooden to touch*.

Janssen was the top scorer in the Eredivisie last season with 27 goals for AZ, and has three in five caps for the senior Netherlands side, including a penalty against England at Wembley in March.

For those of you who do not know much about the 22-year-old hitman, this brilliant YouTube video from ScoutNationHD, of his 2015-16 season highlights, will show Spurs what they have to look forward to.

Three words come to mind after watching that video: Robin van Persie. We can see plenty of the former Arsenal and Manchester United striker in Janssen, his natural successor at international level.

Neither have lightning pace, but make up for that with a deadly left foot which can find the net from seemingly anywhere. The goal which begins at 3.07 in the video proves he only needs a yard of space.

The goal which begins at 4.55 is something that you would see regularly in the Van Persie collection – expert chest control and a precise finish. It might as well have been Alex Song playing the pass!

Although his talent was never in doubt, Van Persie did not make an immediate impact in English football – but the broad-shouldered Janssen looks more physically mature than his counterpart was.

Van Persie finished his Premier League career with 166 goals in 336 games. If Janssen can even be half as successful as his doppelganger (okay, maybe that’s a stretch), then Spurs have a player.