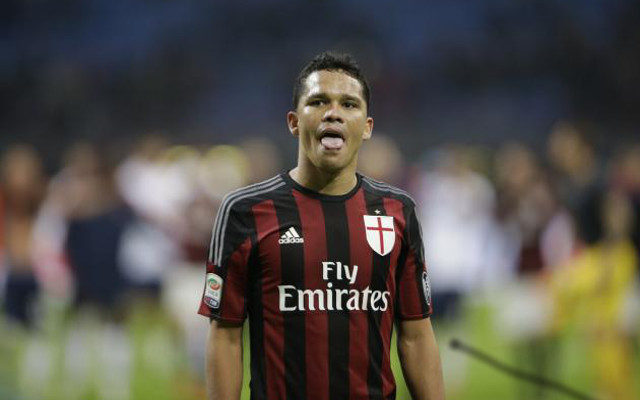 West Ham United appear to have interest in AC Milan striker Carlos Bacca, and it’s possible the club have an interest in sending him to England – but the Colombian striker himself has a different destination in mind.

According to the Metro, Bacca currently favors a move to La Liga and Champions League giants Atletico Madrid over West Ham. Per the source, West Ham are prepared to meet AC Milan’s £25 million asking price for the 29-year-old striker.

Atletico Madrid might see Bacca as a replacement for Diego Costa, but it remains to be seen if they have as much interest in him as West Ham do.

Bacca finished third in goals scored for Serie A this past year with 18 goals, along with two goals in the Coppa Italia.

Over a ten-year career between Barranquilla, Minerven, Atletico Junior, Club Brugge, Sevilla and Milan, Bacca has made 324 league appearances and scored 167 goals – better than a goal every other game.

During his entire club career, Bacca has scored 210 goals in 405 appearances.

On the international level, Bacca has scored 13 goals in 33 caps for Colombia.