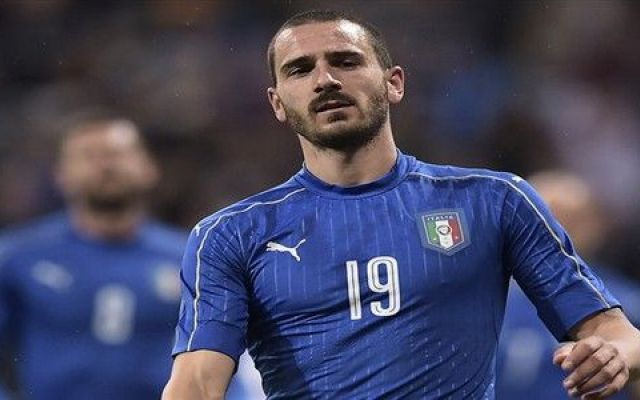 Chelsea are reportedly still in the chase for Juventus defender Leonardo Bonucci, despite Manchester City seemingly moving into pole position to sign him.

The 29-year-old has a history with Antonio Conte, having been coached by his compatriot at both Juve and then with Italy over the last two years.

Having gone their separate ways after the Azzurri were eliminated from Euro 2016 this summer, The Mirror claims that they could still be set for a reunion sooner rather than later.

Conte remains keen on taking him to Stamford Bridge and forming a crucial part of his plans, as having now established himself as one of the top defenders in Europe, Bonucci will undoubtedly bring significant quality and leadership to the Chelsea backline.

However, that is the same reason as to why Pep Guardiola wants him in Manchester, and in turn it could yet spark a bidding war between the two Premier League giants to acquire him.

From Bonucci’s perspective, he has given no direct indication that he wants to leave Turin, and given his influence on the Bianconeri, it’s clear that Juve will be keen to avoid losing him.

Nevertheless, the Serie A champions won’t be able to compete financially with their Premier League rivals, and that in turn could result in conceding defeat in their bid to keep their commanding centre-half.

Bonucci’s defensive solidity coupled with his ability to play out from the back are obvious talents that would make him a dream signing for Guardiola, and a chance to work with the Spaniard could be too enticing to turn down.

In contrast, another chance to work with Conte could also be too appealing, as the pair would certainly have built a strong rapport and belief in one another that is difficult to replicate elsewhere.

For the time being, Bonucci remains a Juve player. However, the Italian giants will likely have their resolve tested this summer by either City or Chelsea, or perhaps even both.