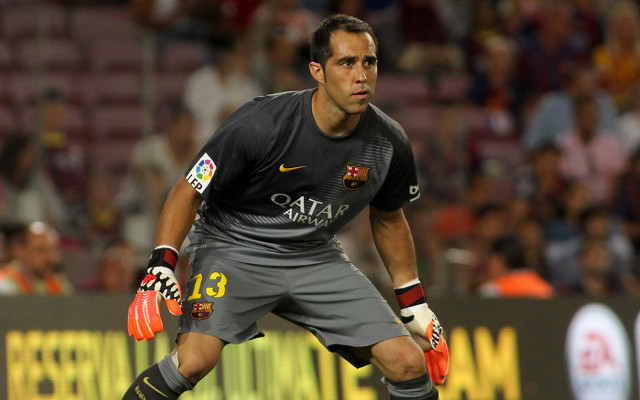 Pep Guardiola is used to having dominant goalkeepers on his side – it was Victor Valdes at Barcelona and Manuel Neuer at Mayern Munich. Man City stopper Joe Hart is one of the Premier League’s best, but he is not considered on the level of those two stars in their prime. As a result, Guardiola is pursuing another option to protect the net.

According to the Metro, Man City are pursuing Barcelona goalkeeper Claudio Bravo to give Pep Guardiola an alternate option to Hart and No. 2 goalkeeper Willy Caballero.

On the international level, Bravo has been a rock for Chile over the past two summers, winning the Copa America Best Goalkeeper award in back-to-back campaigns as the team won the title on penalty kicks over Argentina twice.