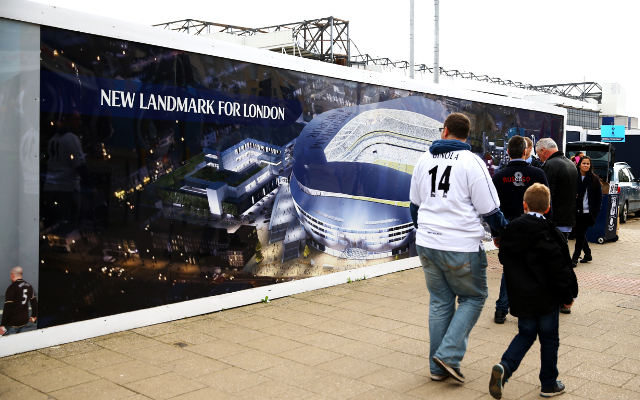 It’s exciting times at Spurs. As well the club boasting one of the most exciting young squads in Europe, White Hart Lane is in the process of morphing into a huge new super stadium.

However, the club’s move comes with a downside, as we have to bid farewell to their current home of 127 years. And it seems we must say goodbye piece by piece!

This photo was shared by a supporter on a stadium tour earlier this week.

As you can see, White Hart Lane’s north stand is being gutted.

This is to enable construction on the new stadium, which is being built VERY close by.

In truth, it’s rather gruesome to see one of England’s finest football arenas being taken apart.

However, judging by the plans for the new ground, it will be worth it.