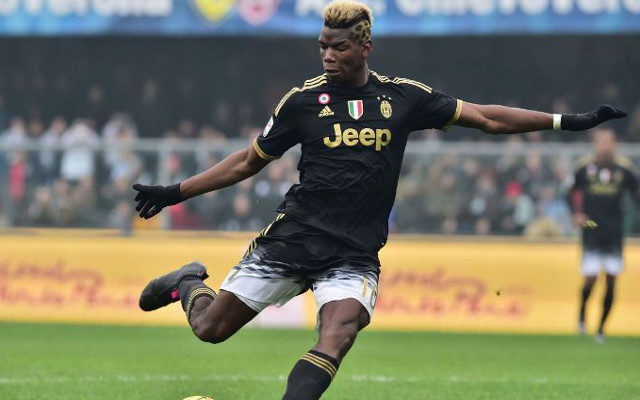 Real Madrid have officially ended their interest in Juventus and France midfielder Paul Pogba, paving a clear path for Manchester United to sign him.

The 23-year-old is currently preparing for the Euro 2016 final in Paris on Sunday, but his club future has been a topic of discussion all summer.

According to Marca, as shown below from their official Twitter feed, it appears as though he’ll have just one option if he chooses to leave Turin this summer, with United now emerging as the only interested party capable of meeting the transfer fee demands.

It remains to be seen whether or not United are able to reach an agreement with the Bianconeri on a fee, as the Serie A champions will certainly be keen on avoiding losing him this summer.

Pogba arrived in Italy on a free transfer from United in 2012, and has gone on to develop into one of the top midfielders in Europe while helping the Italian giants to five consecutive Scudetti.

In turn, it will take something special to convince them to sell, while the player himself has yet to give any indication that he is keen on an exit and a return to Old Trafford in particular.

It is claimed by Marca that ultimately United’s superior spending power has seen them win the fight with Real, as their rivals simply couldn’t compete with the figures being offered.

Meanwhile, Real will now look at other options in the transfer market, as Zinedine Zidane looks at alternatives that will strengthen his squad ahead of next season.

Manchester United now have clearance to purchase the midfielder for a world record fee of €123m. More on the story to follow.