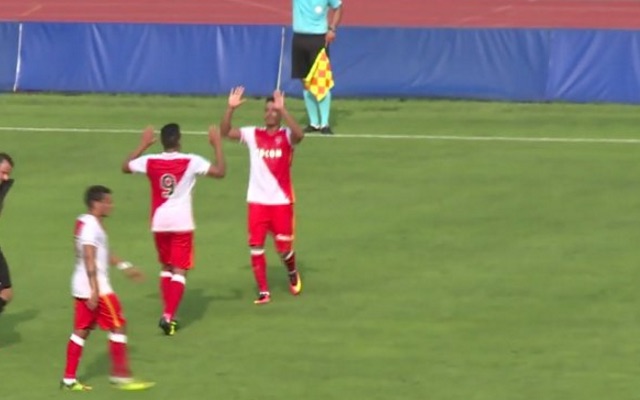 Radamel Falcao could only muster one goal in 12 first-team games for Chelsea last season, having bagged just four times in 29 appearances for Manchester United during the 2014-15 campaign.

It is fair to say that the once-great Columbian hit man flopped in England.

But he’s not flopping anymore!

It helped Monaco to a 3-3 draw with Basel on Saturday.

Falcao is smashing it on Monaco’s tour of Switzerland.

He bagged a brace in a 5-3 win over FC Lugano last Saturday, although he was not among the scorers in a 3-3 draw with SC Kriens a day later.