Portugal won the European Championships for the first time in the nations history after beating France 1-0 at the Stade de France stadium in the Euro 2016 final.

Manchester United manager Jose Mourinho joined in the post match celebrations from the confines of his own home sharing an Instagram picture holding up a Portugal scarf in his pyjamas. 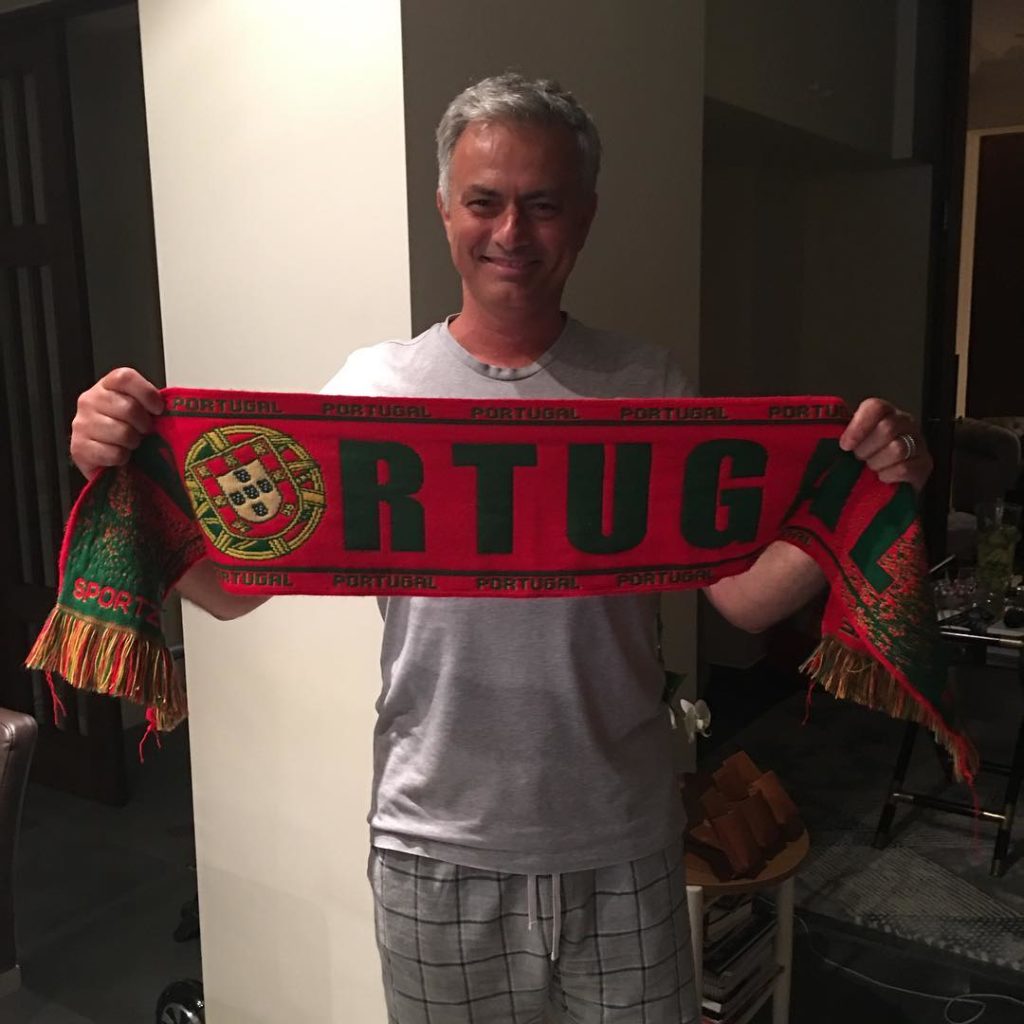 Second half substitute Eder was the star of the show scoring the winner with a superb long-range strike in extra time.

Mourinho is one of the most successful Portuguese managers in the history of the game but has never coached the A Seleção.

Mourinho was appointed manager of United over the summer replacing Louis van Gaal as head coach. The Portuguese coach has won the Premier League with Chelsea in the past and the Champions League with Porto and Inter Milan.

United meanwhile have yet to win the Premier League title or a European trophy since Sir Alex Ferguson retired from management.