Rashford, who emerged as arguably the next big thing at Old Trafford last season, uploaded this picture to his Instagram account this afternoon with the caption: “Nice to be appreciated by one of the best.” 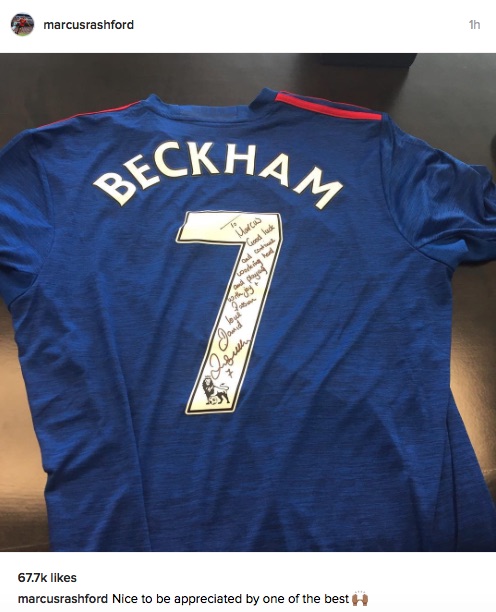 Either Beckham is having a clear-out and he has a lot of old kits he wants rid of, or he is a selfless and caring person who is genuinely invested in the future of such a bright local talent.

Hopefully these words of encouragement from a true legend of the English game will help the teenager kick on from his breakthrough season as he scored eight goals in 18 matches for United.