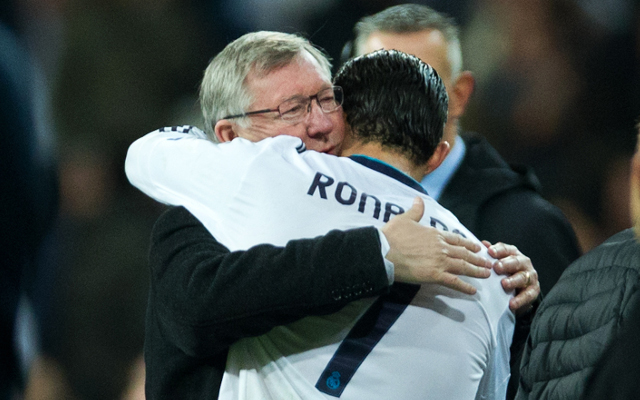 Cristiano Ronaldo and Portugal lifted the Euro 2016 trophy in Paris on Sunday night, and a familiar face was on hand to congratulate the former Manchester United star.

Sir Alex Ferguson was filmed excitedly waiting for the 31-year-old to return down the stairs after lifting the trophy which had sparked wild scenes of celebrations amongst the Portuguese fans.

Having spotted his former manager, the pair embraced and shared a few words as they evidently still enjoy a close bond despite the fact that they parted company in 2009.

Ronaldo has consistently spoken about his relationship with Ferguson throughout his career, with the former United boss playing an influential role in his life both on and off the pitch during their time together in Manchester.

It’s great to see the pair are still so fond of one another, and Ferguson would undoubtedly have been delighted to see Ronaldo help Portugal to their first ever major tournament triumph.