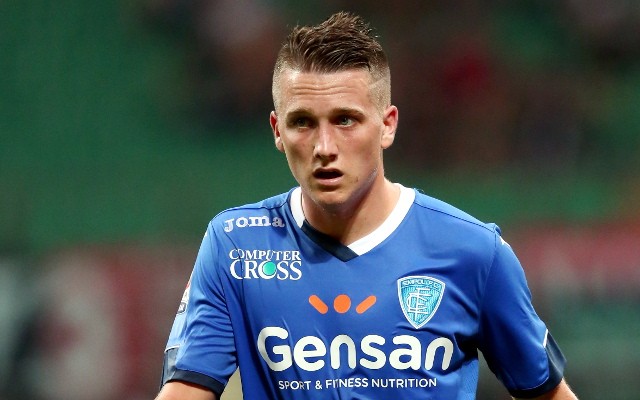 AC Milan have reportedly reached a deal with Udinese for the signing of midfielder Piotr Zielinski, with a fee of around €18-19m being touted.

The Rossoneri are in the midst of a busy summer, as new coach Vincenzo Montella looks at ways he can strengthen his squad ahead of the new campaign.

While the club have been linked with a move for Croatia starlet Marko Pjaca in recent weeks, according to Sky Sport Italia expert Gianluca Di Marzio, they have now switched their focus back to Zielinski who had emerged on their radar earlier this summer.

In fact, the transfer is at an advanced stage given that it is reported there is an agreement between the two clubs over a transfer fee, and now all that is left is for the Polish international to agree on personal terms.

With his agent set to be in Italy on Friday, it has led to suggestions in the report that he will possibly schedule a meeting with the Italian giants to discuss contract details.

As noted by Di Marzio, this has been a sticking point for Liverpool too, who have also been keen on signing the midfielder after he impressed during his loan spell with Empoli last season.

The Liverpool Echo note that they had an £11.75m bid rejected last month, and so it remains to be seen whether or not they can steal a march on their competition.

Jurgen Klopp is evidently an admirer of the 22-year-old as he continues to monitor the situation in the hope that they can perhaps beat Milan to his signing, but it’s added by Di Marzio that Zielinski is seen as an ideal player to reinforce Montella’s midfield and will be pursued as such.