It seems like the Manchester United boys have embraced Henrikh Mkhitaryan as one of their own.

Ander Herrera’s Instagram upload of the new signing in Red Devils training shows that the former Borussia Dortmund playmaker already has a cute nickname – “micki” – as tagged in the caption. 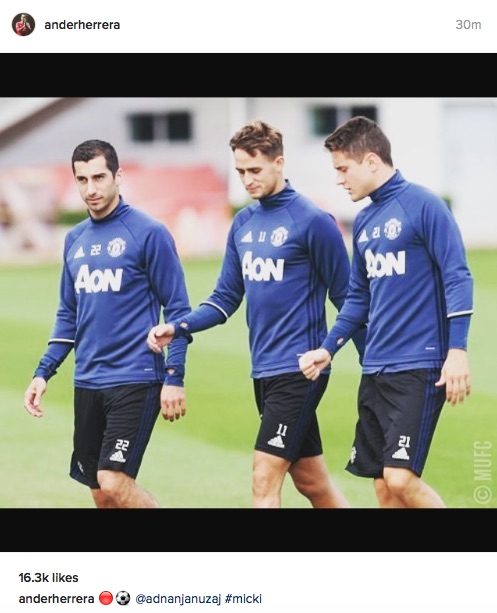 United fans will hope that the Armenian international will blow their minds when his United playing career begins in the Community Shield against champions Leicester City at Wembley on August 14.