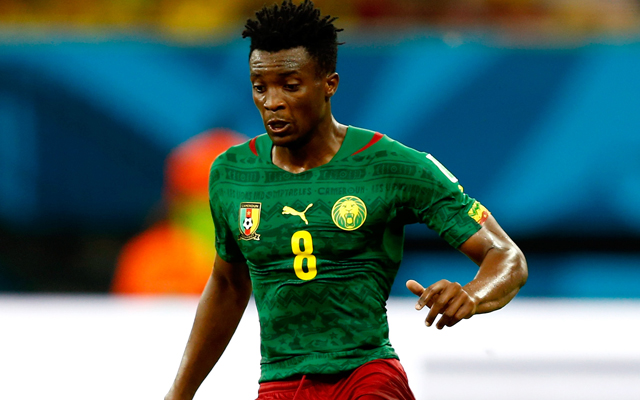 The report claims that Sunderland, Swansea City and West Brom have all joined the race for the Lorient striker.

The 27-year-old striker found the back of the net 13 times over the course of the last season despite missing six-weeks of the campaign due to an injury.

The Ligue 1 outfit value the Cameroon international who has 32 caps for his country as being worth £8 million.

The Black Cats reportedly scouted Moukandjo earlier in the season along with fellow Premier League outfit.

Sunderland were in talks with West Ham United striker Diafra Sakho but talks stalled so they are now reported to be targeting Moukandjo.

The experienced striker is a versatile attacking player who can play as a striker or on the wing and has been impressive for Lorient since joining from fellow Ligue 1 outfit Reims last season.