Tottenham Hotspur fans dreaming of Mario Gotze’s arrival this summer may have to lower their expectations in terms of possible attacking-midfield recruits.

Lyall Thomas – the Sky Sports expert for all things Spurs – has insisted on Twitter that there is no chance of Germany’s World Cup-winning hero coming to White Hart Lane.

Answering an excited supporter’s query about the Gotze rumours, Thomas shot them down and declared that Tottenham buying the Bayern Munich winger was never on the cards. 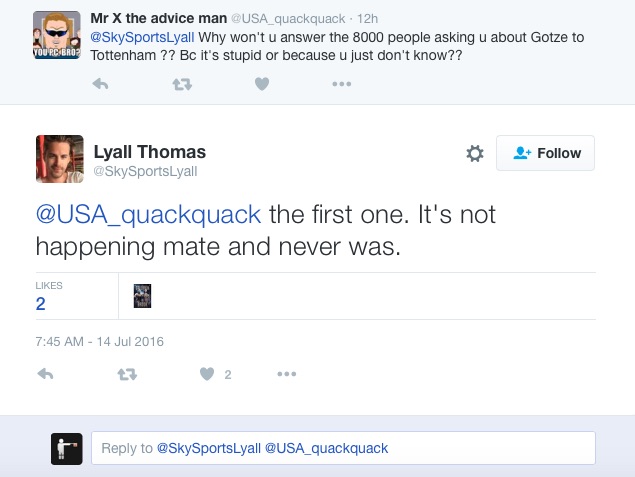 The Dutch international is on Tottenham’s radar after 11 goals in Newcastle’s relegation campaign, although his £25m asking price is reportedly deterring Spurs at this point.

There is plenty of flair and talent in that quartet of options, but none of the names will get Tottenham fans off their seats like talk of Gotze did. Still, the dream was nice while it lasted.