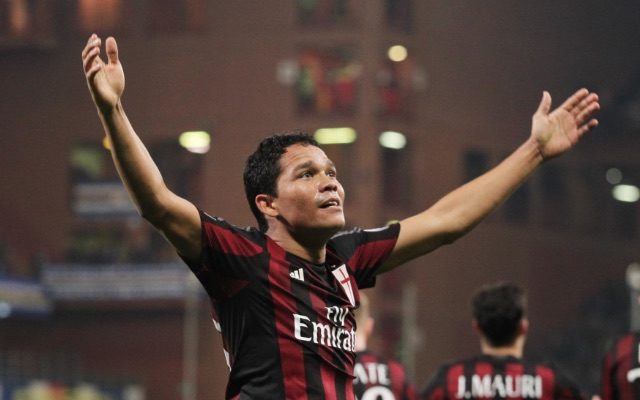 AC Milan star Carlos Bacca has turned down a move to West Ham United this summer, having been linked with making a £30m switch to London.

The Hammers had been waiting for the Colombian international to make his decision on Friday, and he finally delivered his verdict to their contract offer.

According to La Gazzetta dello Sport, the Rossoneri ace has rejected their offer of a four-year deal worth €4.2m per season, and it comes as a blow to the Serie A giants too as they had expected him to complete the move which in turn would have given them additional transfer funds.

However, they may not have to wait too long to find another buyer as Bacca is ultimately said to be waiting for Atletico Madrid to make their move, although Arsenal are also said to be interested, as noted by Gazzetta.

The 29-year-old is keen on playing in the Champions League next season which is given as the reason behind his snub of West Ham, but while Atleti seem particularly keen, he’s waiting on the Gunners to put forward an official proposal on personal terms.

Meanwhile, it’s a blow for Milan as Gazzetta report that they need the funds generated from the sale of Bacca to complete their move for Mateo Musacchio from Villarreal.

The Rossoneri have already signed Gianluca Lapadula from Pescara this summer after his goalscoring exploits in Serie B last season, and so perhaps they can afford to sell Bacca with a view of reinvesting in the squad.

Nevertheless, they are likely to be active in the transfer market moving forward as they close in on completing takeover talks with a Chinese consortium which is expected to conclude in the coming week or so.