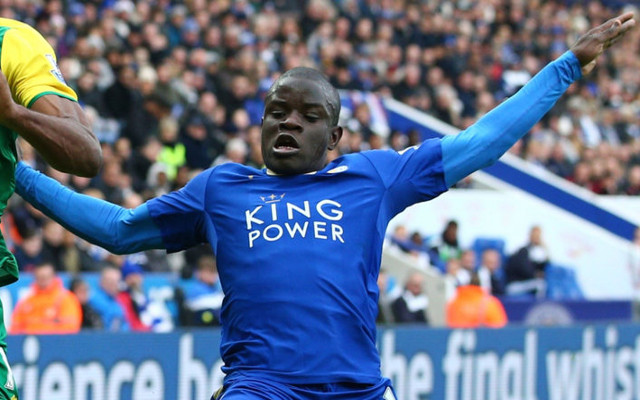 Leicester City manager Claudio Ranieri has admitted that his club are powerless to stop N’golo  Kante leaving the King Power Stadium this summer.

The Sun states that Chelsea are favourites to sign the France international who played a key role on leading the Foxes to the Premier League title last week.

The daily tabloid paper goes onto state that Kante has a £20 million release clause included in his contact meaning he is free to talk to any club which tables a qualifying bid.

“We offered Kante a new deal before he went to the Euros,” Ranieri was quoted as saying by the sun.

“Now I know there are a lot of big teams interested. It’s in his hands.”

The former Chelsea manager is hoping that Kante’s will decide to stay as Jamie Vardy did after the pacy striker rejected a move to Arsenal last month.

Kante was one of the stars of the show for France during Euro 2016 and was unlucky not to start in the final which Les Bleus went onto lose.