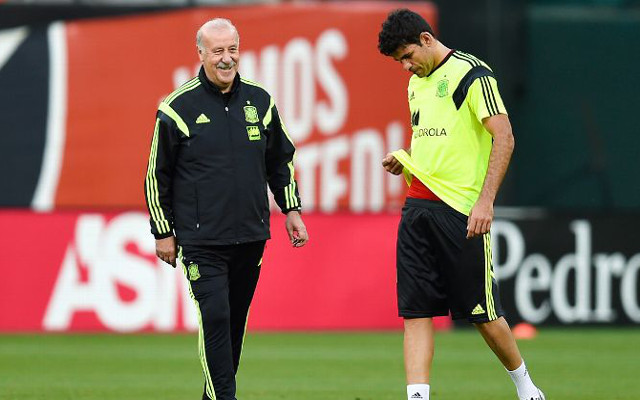 A bitter end in the knockout round of Euro 2016 led to the resignation of Spain manager Vicente del Bosque.

There were many questions surrounding his roster choices, let alone his matchday lineup choices, but the decision to leave out Chelsea superstar Diego Costa – who has scored 93 goals in the past four years alone – apparently does not weigh upon the now-former Spain boss’s conscience.

In a recent interview, Bosque was asked whether or not he regretted the decision to exclude Costa from his Euro squad – to which he rather bluntly answered ‘I have not regrets,’ but added that Costa may have a good future with the team.

‘Costa? I have no regrets, and I wouldn’t forget him for the future,’ Bosque said, per the Daily Mail.

‘With his enthusiasm, with his desire, as I say, I wouldn’t forget about him for the future.’

Costa has been capped 10 times for Spain since his controversial allegiance shift from Brazil to Spain in 2014. He was featured in all three of Spain’s matches in the 2014 FIFA World Cup in his country of birth, and was then used in several Euro 2016 qualifying matches. Against Luxembourg, Costa scored his first-ever international goal.