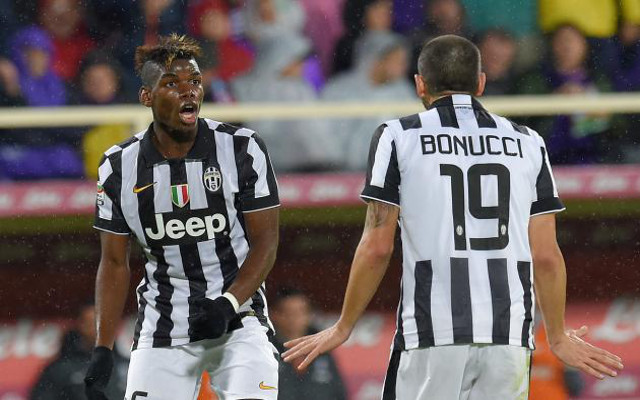 Juventus appear to be prepared for the increasing likelihood that two of their biggest stars will transfer elsewhere.

According to the Metro, Juventus director Fabio Paratici explained that the club are not overly concerned about the potential loss of superstar midfielder Paul Pogba or defender Leonardo Bonucci as they are prepared to bring in replacements if need be.

‘We at Juve, for example, have Bonucci and Pogba who are highly sought after by many clubs and we have prepared for eventual replacements.

‘That is what Napoli will be doing as well, certainly.’

Per the source, Pogba is being aggressively pursued by Manchester United while Bonucci is being targeted by Chelsea and former Juventus manager Antonio Conte.

Pogba and Bonucci have both been key players for Juventus over the past several years as the club have won five straight Serie A titles and multiple Italian cup titles.

Earlier this summer Juventus were forced to sell striker Alvaro Morata back to Real Madrid as part of a buy-back option in his contract. Last summer Juventus parted ways with superstars Andrea Pirlo, Carlos Tevez and Arturo Vidal among others – yet still managed to win the Serie A title with plenty of time to spare.