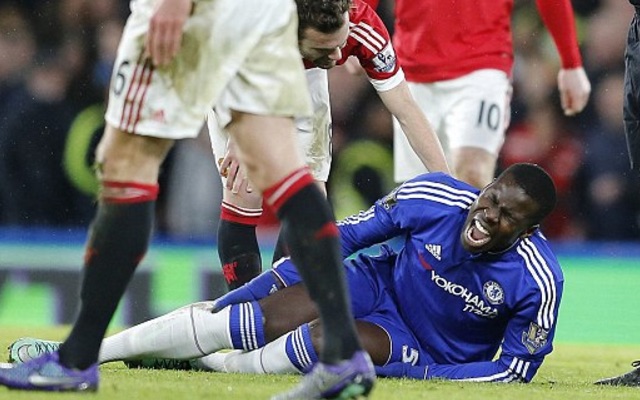 Kurt Zouma is set to miss most – if not all – of Chelsea’s 2016 preseason schedule with the cruciate knee ligament injury he sustained back in February.

The 21-year-old centre-back looked like he was ready to nail down a long-term spot in the Blues first-team when his career was put into pause mode by a nasty fall in a 1-1 draw at Old Trafford.

Not only did the injury see him miss the rest of the 2015-16 Premier League season, he also had to kiss goodbye to his dreams of playing at Euro 2016 in his home country of France.

Great to see @KurtZouma watching on as the Blues warm up… pic.twitter.com/KbBYI9gGzm

When injury strikes, it is vital to stay positive.

It is also important to make sure you to not become alienated from the rest of your teammates.

Therefore, it is great to see that Zouma is travelling with Antonio Conte Chelsea squad this preseason, even though he cannot kick yet a ball in anger.