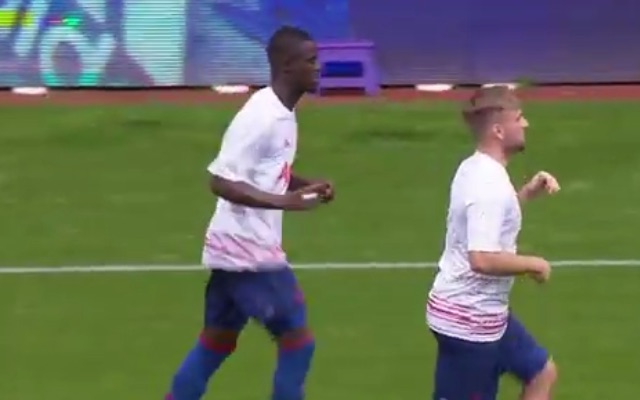 The memes you are about to witness may contain serious shanter.

Manchester United fans have been rejoicing all afternoon.

That’s because wonderkid/sicknote Luke Shaw has returned to the United team after 306 days out with injury.

Shaw was named in Jose Mourinho’s first ever Man United XI ahead of today’s preseason friendly with Wigan Athletic.

And that news brought a lot of joy to a lot of Red Devils supporters.

Shaw has managed just 20 Premier League starts since his £27m move from Southampton two summers ago.

But this is going to be his year!

Memphis and Luke Shaw linking up down the left again. pic.twitter.com/Fg4CgHbSzX

The first of many great years, perhaps?

Even if there’s a suggestion that he might need to work very hard to get back to his best.

It may take Luke Shaw a while to get into peak fitness… pic.twitter.com/EzEqbfGNsv

United fans are right behind him.

3′: Huge roar from the crowd when Luke Shaw has his first touch #mulive