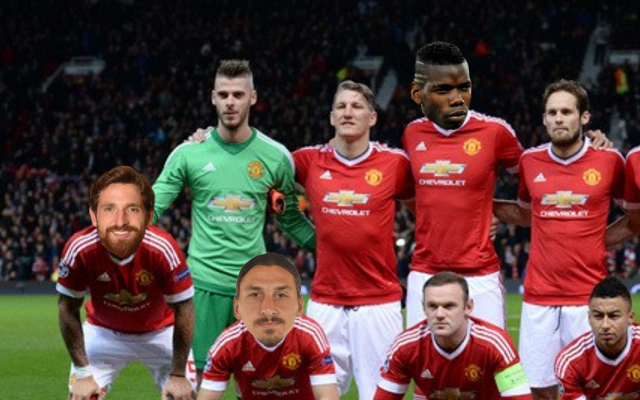 Now, this would be something!

The last time a Liverpool player moved directly to Manchester United was way back in 1938 when Allenby Chilton became the fifth man to commit this footballing crime.

However, reports are now spreading like wildfire claiming that United hope to add Joe Allen’s name to this list of traitors.

It all started with a report in the Essex Chronicle, who earlier this week posted the headline: ‘West Ham join Manchester United and Swansea in the hunt for Liverpool ace’.

The Essex Chronicle named-checked the Red Devils again in the body of the article, writing: “Swansea, Stoke City and even Manchester United have been linked to the defensive midfielder.”

A host of other newspapers are now jumping on the rumour, including the Daily Star, who say that Liverpool want £14m for Allen.

The Daily Star suggest that Allen is unlikely to want to move to United, because of the stigma surrounding rival-to-rival transfers.

However, if his options are West Ham, Swansea, Stoke or United, why on earth would he snub a move to Old Trafford, especially if Liverpool don’t want him?

Allen is arguably a much better footballer than Jordan Henderson. He definitely has a better passing range, but Jurgen Klopp is still reportedly looking to offload the 26-year-old, despite his superb form at Euro 2016.

If United is really an option, I say go for it, Joe.

Paul Pogba is poised to sign for United in a £105m deal very shortly, so say The Sun. Imagine Pogba, Allen and Zlatan Ibrahimovic all in the same XI!