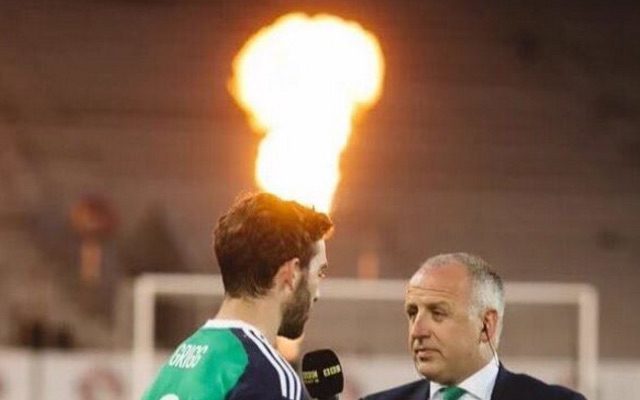 Jose Mourinho has selected two summer signings to start in his first ever Man United XI.

Fellow new boy Zlatan Ibrahimovic is not involved today, on account of his exertions at Euro 2016, but Luke Shaw starts, having not featured for United since September last year due to injury.

To the inevitable delight of fans, Will Grigg will start for Wigan.

Grigg was a sensation at Euro 2016, despite not playing a minute for Northern Ireland.

We are reliably informed that he is still on fire, so United should be wary of the 25-year-old hazard.