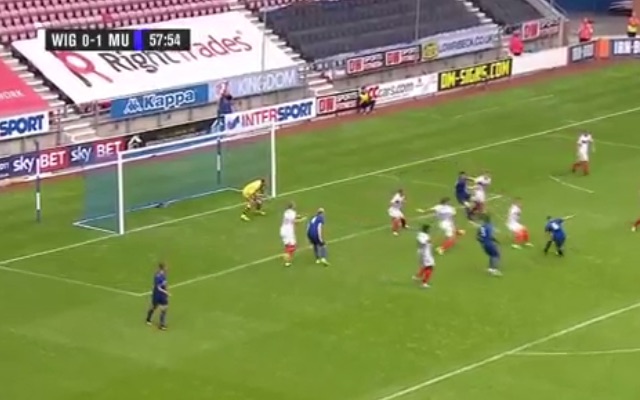 Andreas Pereira is partial to a worldie.

The 20-year-old Brazil youth international scored more than one stunner for Manchester United’s U21 side last season.

On Saturday, he lit rip among in a big boys game, albeit a preseason friendly against Wigan Athletic.

Belgian-born Pereira almost broke the net at the DW Stadium, as he spanked home a first-time shot into the top corner of Jussi Jaaskelainen’s goal.

Pereira’s peach came after Will Keane had opened the scoring thanks to a truly awful error by Jaaskelainen.