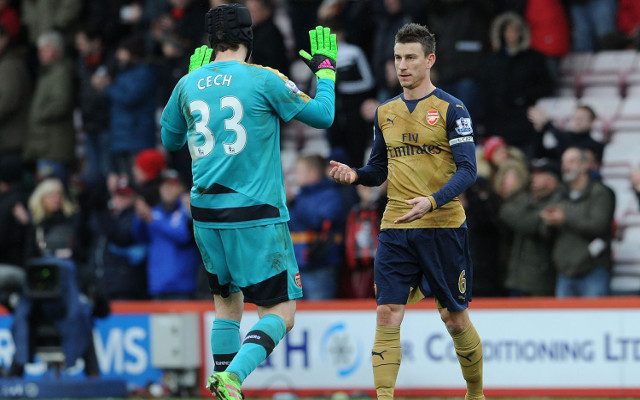 Arsenal defender Laurent Koscielny has been one of the most steady presences in the team’s backfield for several years now, but recent hiccups in contract extension discussions have opened the door for Bayern Munich to land the French superstar.

According to the Daily Express, Bayern Munich are interested in a potential swoop for Arsenal star defender Laurent Koscielny after contract talks stalled this past week.

Bayern manager Carlo Ancelotti has reportedly been a fan of the 30-year-old Arsenal defender for a long time and sees him as a player who can challenge projected starters Jerome Boateng and Mats Hummels.

Per the source, Arsenal had originally proposed to give Koscielny a new, £90,000-a-week contract to stay at Emirates Stadium, but talks broke down and now both sides are frustrated.

Koscielny has made 180 league appearances and 248 total appearances for Arsenal since joining the club on a move from Lorient in 2010.

On the international level, Koscielny has been capped 35 times for France and helped the team reach the Euro 2016 Final this past year while setting a career-high in caps with 10.