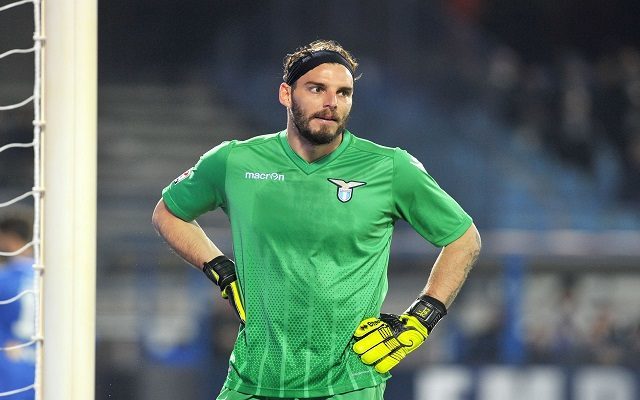 Lazio have reportedly suggested that they are ready to sell Federico Marchetti to Liverpool, as they have plans to promote Etrit Berisha next season.

Marchetti joined the capital club in 2011, but it appears as though his time as their first choice shot-stopper is coming to an end.

According to LaLazioSiamoNoi.it, coach Simone Inzaghi has agreed with President Claudio Lotito that Berisha should be their number one between the posts next season, which in turn has shrouded Marchetti’s future in doubt.

The 33-year-old was linked with a move to Anfield in January, and would undoubtedly be a solid back-up option for Jurgen Klopp.

However, the German tactician already has two goalkeepers at his disposal in Simon Mignolet and summer signing Loris Karius, as well as Adam Bogdan, and so it is debatable as to whether or not there is still interest on their part in Marchetti with someone likely having to leave first.

The Italian international has gained a reputation for being a reliable presence for the Biancocelesti since his arrival at the Stadio Olimpico, but he may well now be forced to look elsewhere to continue to play at the highest level.

Marchetti made 35 appearances in all competitions last season, conceding 48 goals in total while keeping 11 clean sheets as Lazio finished in eighth place in the Serie A standings.