It has been quite the summer for Gareth Bale.

The Real Madrid superstar won the Champions League and then spearheaded Wales’s run to the Euro 2016 semi-finals, scoring three goals along the way including one against England.

And now he has experienced joy in his personal life too! On his 27th birthday, Bale popped the question to long-term girlfriend Emma Rhys-Jones while on holiday, and she said yes! 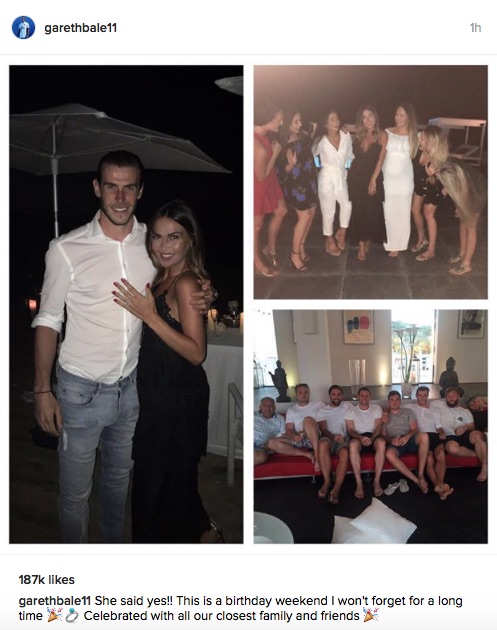 The two are high school sweethearts from their childhood in Cardiff and have two kids together – three-year-old Alba Violet and Nava Valentina, who was born in March of this year.

So Bale’s summer is getting better and better…or maybe it is all downhill from here?!