Jose Mourinho took charge of Manchester United for the first time yesterday as they beat Wigan Athletic 2-0 in a friendly at the DW Stadium.

With captain Wayne Rooney and a few other senior players missing after Euro 2016 duty, the Special One handed the armband to Antonio Valencia.

And the Ecuadorian international wide-man revealed via this Instagram post that, by skippering the Red Devils, he has now ‘fulfilled one of his dreams’. 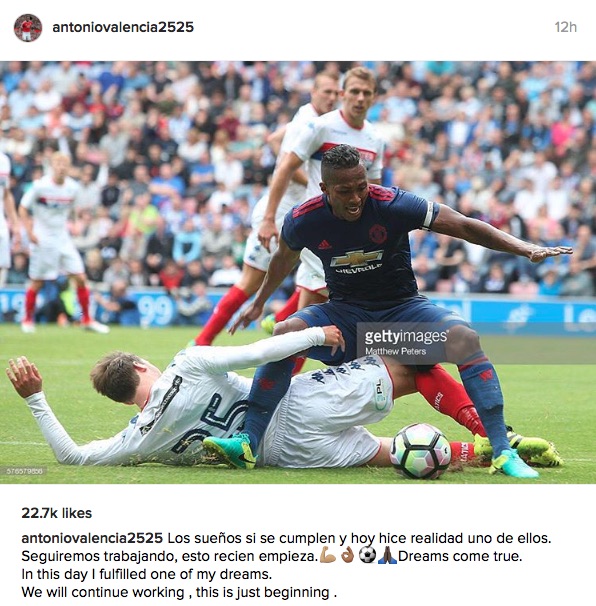 Valencia is one of United’s longest-serving players, having joined from Wigan in 2009. Only Rooney and Michael Carrick have been at Old Trafford for longer.

Unless Valencia means that, by playing under Mourinho, he has achieved one of his dreams. That too has to be pretty high on a footballer’s bucket list!

Youngsters Will Keane and Andreas Pereira scored second-half goals to get Mourinho off to a winning start as Luke Shaw returned from a long-term injury.