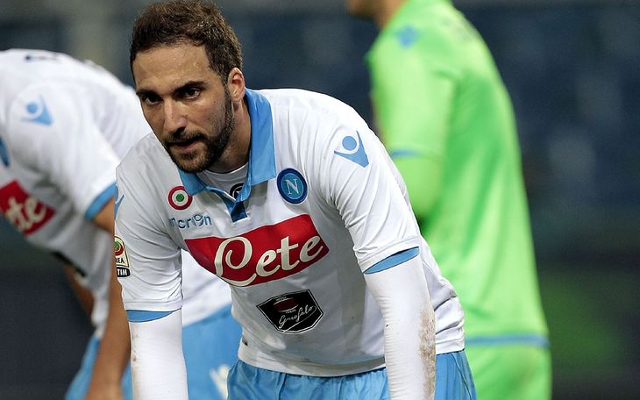 After one of the best seasons in the history of Italian football, Napoli striker Gonzalo Higuain looks poised to cash in on his tremendous success. However, rather than lose their star striker to a prospective buyer, Napoli are doing all they can to get their prized playmaker locked in for a long time.

According to the Mirror, Napoli are prepared to offer Higuain a new contract worth £6.7 million per year with the deal running through 2018. Per the source, the new deal would also slash his buyout clause roughly in half – reducing from £78.6 million to £39.3 million next year.

The Mirror noted that Juventus and Arsenal are considered the two biggest contenders for the 28-year-old striker.

The Argentina striker tied the Serie A record by scoring 36 goals in 35 games for Napoli, helping the club reach 2nd place in the Italian league in the process.

Higuain has scored 71 goals in 104 appearances for Napoli since joining the team from Real Madrid in 2013.

In his first year with the team, Higuain helped lead Napoli to Coppa Italia and Supercoppa Italiana titles over Fiorentina and Juventus respectively.