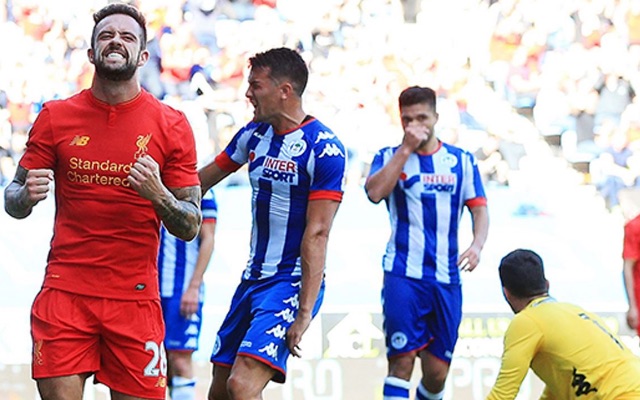 The 23-year-old, who has one England cap to his name, was struck down by a nasty ACL injury in October and only played six Premier League games as a result.

Ings still managed to net two goals in those six outings. And, now he’s fit again, he’ll likely add many more to his tally. That will certainly be the case if he remains as sharp as he was on Sunday as Liverpool beat Wigan Athletic 2-0 at the DW Stadium.

Ings opened the scoring for the Reds on 71 minutes, controlling a Lazar Markovic cross with a perfect first touch, before firing home from close range for his second preseason goal of the summer.